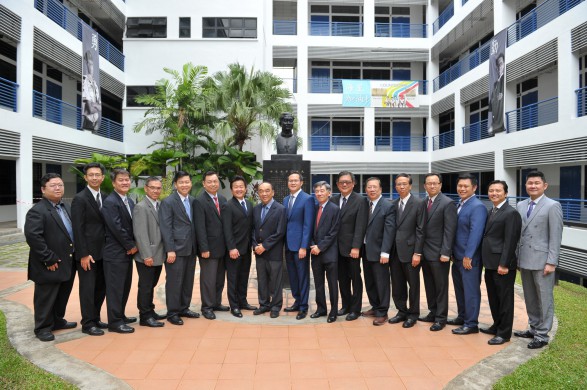 Maris Stella High School has in its forty-two years flourished from "a school without a home" into a big modern school made more beautiful with the present extension of a spanking new Primary Wing. The dream of our Founder, Reverent Brother J. Chanel, has now been fulfilled.

Since 1958, thousands of students have received a well-rounded education. Indeed the hallmark of the past four decades has been effective bilingualism and a dedication to human and academic excellence.

This very happy occasion brings back memories of Maris Stella in the early days and it is hoped that its history will encourage us to press on together for an even better Maris Stella. 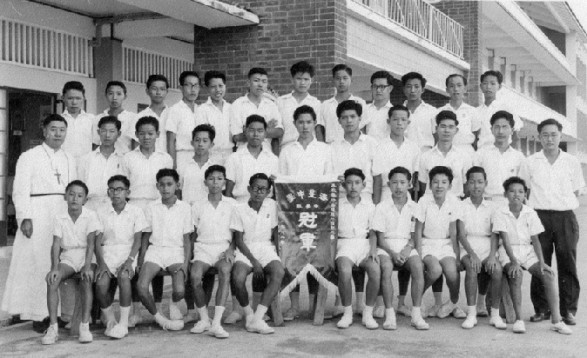 Reverent Brother J. Chanel founded Maris Stella in 1958 in response to the need for another school because of overwhelming applications for admission to Catholic High School which was run by the Marist Brothers.

The school started with four Primary One classes (163 pupils) and four Secondary One classes (124 pupils) and a staff of eleven including the Principal, Rev. Bro. J. Chanel. Classes functioned in the afternoon at St. Stephen’s Primary School in Siglap. Soon the school expanded and more classrooms were needed. As St. Stephen's Primary School could no longer accommodate the growing student population, other schools were approached for assistance and subsequently; Maris Stella functioned at different premises concurrently. Among them were Silat Road Government Integrated Primary School, St. Patrick’s School, Opera Estate Convent, Tung Ling English School, Jalan Kembangan Integrated Primary School. The school occupied these premises at various times from 2nd January 1963 to 22nd October 1966. That was a very difficult period in the history of Maris Stella. We encountered numerous problems both in administration as well as in conducting lessons. This was inevitable as the premises used were miles apart.

With Bro. Chanel’s sheer determination and the staff’s dedication and loyalty, those difficult years became memorable ones. It brought out the best in the staff who together with the principal overcame many problems. Needless to say, the students contributed no less to the success story of the school with their recurring 100% passes in the Government Examinations.

A new phase in the history of Maris Stella began in 1967, after nine long "homeless" years. The move to our own school of fifteen classrooms and a four-storey science block at Mount Vernon Road was filled with unrestrained enthusiasm. A grand celebration was held to mark the official opening of the new school. Development now came swiftly. 1968 saw the completion of the second phase, an adjoining block consisting of the Lee Kuo Chuan Hall, a canteen, a library and administration offices. 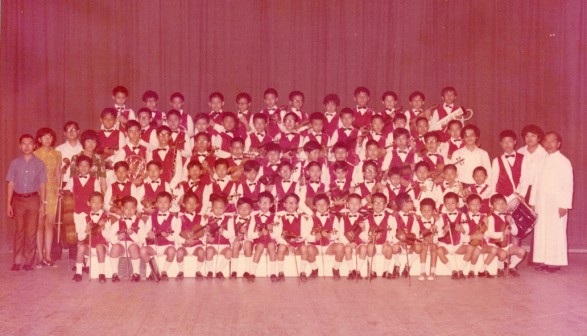 The second decade saw the gradual but steady development of Maris Stella. With the completion of the second phase, Bro. Chanel decided to proceed with the next project – a 5-storey building for the primary section. This marked the 3rd Phase of Bro. Chanel’s development plan for Maris Stella. However, it was not until the end of 1974 that he was granted permission to launch this project. Construction began soon after and the building was completed by the end of October 1975. It was built at a cost of about $1.1 million. This new building was officially declared open on 11 September 1976. 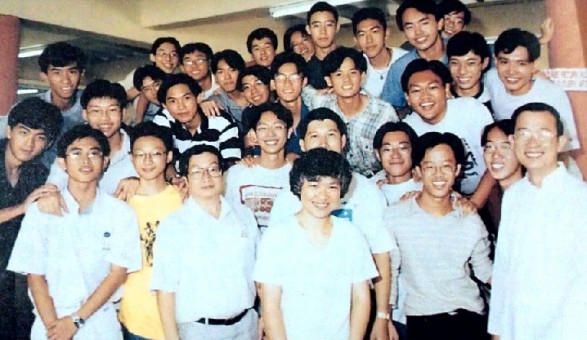 A very significant milestone in the history of Maris Stella marked the fourth phase. With the overwhelming demand for more places in the primary school, a need arose for a separate primary school building to be built. After some initial difficulty in selecting a suitable site for the school, it was finally decided that the piece of land to be acquired should be adjacent to the present school building. After much negotiation and with Mr Tan Keong Choon’s help, a piece of land of 3.11 hectares was acquired in 1982 and this became the site for the Primary School. The original plan for a four-storey building was changed to a three-storey one in order to cut costs. With the approval of our new plan and a generous grant from the Government, we set out to raise more funds to meet the escalating cost. At the helm of this massive fund-raising project was Rev. Bro. Anthony Tan, Rev. Bro. John Lek and Rev. Bro. J. Chanel, who although retired in 1981 due to poor health, continued to be involved in raising funds for the school.

We could not have raised such a large sum if it had not been for the concerted effort of the school building committee, the teachers, old boys, in particular, Mr. Low Tuck Kwang, and students. Rev. Bro. Anthony Tan, our present principal, did much to instil in our pupils the sense of belonging and loyalty resulting in the parents giving generously to the school. To the Government, the Shaw Foundation, the Lee Foundation, Sum Cheong Piling Pte Ltd, Singapore Turf Club, Mr Andre Halim, Education and Relief of the Poor Fund and all those who have in one way or another helped make this fine school what it is today, we are deeply grateful. 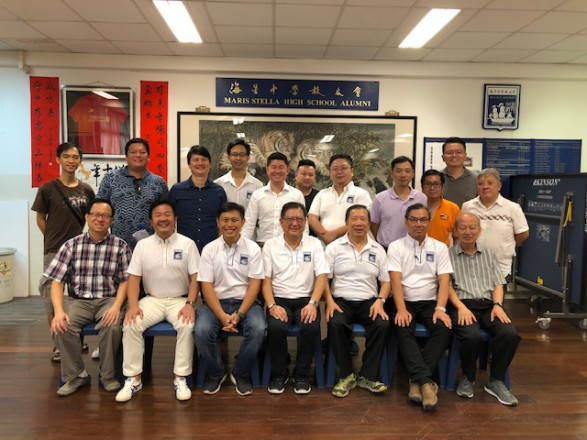 The Fourth Decade and Beyond

The primary school has functioned on its present premise since 1987. Since 1997, the primary school has functioned as a single-session school. Minor improvements have been made to the building with the conversion of the library to a media resource library, an improved administration office and staff room with system furniture and the inclusion of two computer laboratories. All classrooms are now IT-enabled and the school is fully networked.

We hope to have another block added to the present building, with bigger classrooms, staff room and media resource library.